The Life of a Literary Agent

When I first started out as a literary agent my name quickly spread because of my connection to the field. I’d been attending conferences for over twenty years and knew many of the “stars” as well as the up and comers. I focused on what was then called, The New Age. Initially I took on clients with proposals or manuscripts on subjects popular on the lecture and conference circuits: alternative health, dreams, intuition/psychic ability, meditation, Bible studies, death and dying, cosmic art, natural animal healthcare and many proposals on Edgar Cayce’s work. The 80s were a time of changing values, deep spiritual seeking, and consciousness raising seminars. Church attendance was declining and people were looking for a deeper and richer understanding of the spiritual life.  It was the time of being all you can be, to paraphrase the Army slogan.

I believed that another important part of my job, besides for agenting manuscripts was that I was introducing editors to the field – the new concepts, the ancient wisdom, newly packaged ways of looking at life and understanding consciousness. Sometimes editors would call me up and read a proposal from another agent – asking for my opinion –or call me to announce gleefully that they’d just acquired the rights to one of “my kind” of books.

One of those times when an editor proudly called to share the good news about his recent acquisition of “your kind” of manuscripts.

But when he told me the title and the author’s name it stopped me cold. I was quiet. What to say, or not say? Do I tell him this writer is a government agent? That they’d written a great manuscript, that will probably need no editing at all, but it’ll be a twisted take on this particular parapsychological subject?

I never knew how much to say or not say. Almost always I said nothing. It wasn’t my place and it’d be hard to go backwards to explain that this author had submitted that same perfectly written manuscript to me a few months before.

I’d met him at a party.  He was an unknown quantity; mid-thirties, handsome, smart and charismatic fellow. He had flown in from Europe, because he had a sudden interest in psychic phenomena.  He said he wanted to write a book on these subjects and since I represented most of the people at that party, he asked would I represent him.

He set up meeting with all the important players in the field –and over the next year he interviewed and investigated those researchers and spent weeks in their labs.  He conducted extensive interviews with famous psychics.

Who knows when or how he had time to actually write but, one year later, he materializes in New York City and hands me his manuscript.  A fully written manuscript, not a proposal: a manuscript based on the small, unappreciated and complicated field of parapsychology.

I rejected him-his manuscript, too.  Rejected only after checking other books he’d written, confronting him about his take on these subjects. Then there was the question of where he worked, what his actual paying job was. I knew that this kind of extensive research and writing took many trips, many researchers input, and lots of money. He seemed to have no job-no source of income. But presto he had a fully written manuscript. Problematic in my mind.

I emailed him a nice no thank you, not for me.  And I heard nothing back. Zero.

I was leaving my office for a lunch date and there he was standing in the lobby. He hadn’t called to make an appointment.

“I thought I’d try to catch you before your lunch meeting.”

We stood there talking in the street, busy, loud Broadway.

He leaned against a parked car so that we were more face to face – since he was tall and I am short.

What this fast working researcher and writer came to discuss was why I’d rejected him. He said he wasn’t upset, he just wanted to know the reasons.

So I told him.

“You’re too much of a mystery. No phone number where you actually answer it- it rings, I leave a message and one to two minutes later you call me back. No mail address: city, street or post office address, only access is email. It doesn’t matter to me what you do for a living, I just want to know how you support yourself. You could have a rich family and be living on a trust fund; you could be sleeping on your girlfriend’s couch. For over a year now I’ve you’ve been flying to London and back, to California and back and taking out researchers for fine dining. How you are able to afford to do all that?”

“Who do you work for? NSA, DOD, CIA?”  (Although I had heard that CIA was done with psychics.)

He actually hung his head down low so I couldn’t see his eyes and said, “Well, I used to work for the CIA but I don’t work there now.”

So even though the manuscript was so well written and exposed many new facts and discoveries, a few that I had surmised or guessed from piecing together other clients’ conversations I said no to him. I felt it wasn’t fair to the real parapsychology researchers who were trying to ferret out the truth and had no backup support. They were doing it because it was the right thing to do.

He easily secured another agent. I still don’t know who his agent was. Of course that added another mystery.  The agent or some “unknown person” sold his manuscript, it was published and it is out there to this day. It was a well written, smart, in-the-know-manuscript.

These authorized books are always well written. Skillfully written. They are full of interesting anecdotes and good research, drawing the reader in, encouraging acceptance and belief and then, towards the end of the book, the negatives start. Small ones at first –a paragraph on what the skeptics say, later a bit about, who knows if this is real or not-since there has never been real scientific proof from a real scientist, bring in sketchy characters, a few negative examples, lots of “more knows what this really is,” and bottom line, it is not real science. This type of book is a perfected art form used by skillful writers to discredit the subject. Subtle but powerful.

I’ve read many of these books-just read one a few months ago actually and it was on the bestseller list for a moment and it followed the exact pattern described above. 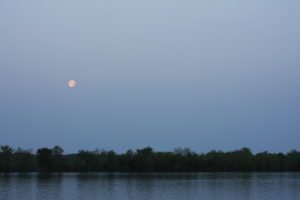