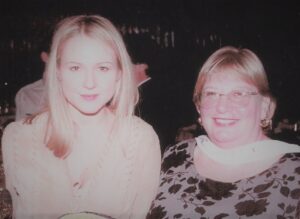 Jewel: the Singer, the Songwriter, the Wise Woman

She whispers,  “Jewel’s manager is on the phone and wants to talk with you!”

“Don’t you remember Jimmy and I went to hear her at the Beacon Theater last weekend and I told you how amazing it was because there were people of every age there? Grandmother’s with grandkids, young people, old people…don’t you remember?? We just loved her!”

“Okay, okay, now that you say that yes.”

By then I was off the phone.

I picked up and chatted with Jewel’s manager, who happened to be her mother. They came over the next morning. Jewel was as nervous as could be – at one point, her manager/mother put her hand over Jewel’s to keep her still.

Jewel wanted to write a book, one she already had written just not put together. A book of poetry. She’d been writing poetry since she was young and all of her songs had come from her poetry. Pieces of You was her first album. It had been released in 1995. She was the opening act for Bob Dylan, and after that her career took off. By 2010 that first album had sold over 8 million albums.

After contracts were signed Jewel shipped me a big box filled with pieces of paper with her poetry, backs of envelopes, spiral notebooks, backs of bills, whatever was handy when she was inspired, whatever she got her hands on is what she used.

Shortly thereafter she left to tour in Europe and we, her editor-a male editor-and I, were going to decide, after reading all those poems, which ones to include.

After a week or so, I realized that he just wasn’t working, not a poetry guy. He was an editor specializing in “celebrity authors.” I ended up hiring an editor that I trusted with poetry knowledge-what is good and what is not. She was sensitive and a smart savvy editor.  Rosemary.

Jewel had been writing poetry since she was a child growing up in Alaska and she was really good.

We’d done our work and when Jewel flew back into New York we had a meeting to go over our choices. We sat around my conference table and we passed her the chosen ones, the ones we thought best. She’d read them, comment and then would go back to her box and look for poems she thought were more important to include. She picked out two or three that we’d discarded as not quite up to snuff and we told her why. She said she didn’t care that they weren’t her best poems. They were important poems because her audience; her readers were her age and they would recognize what she was saying. She’d gotten so many letters that she knew what they needed because she had those same needs. These would be healing, growing and emotionally supportive poems. She knew they’d understand that if she’d gotten through it, they could too.

We kept saying, but you are such an excellent poet, use any of these others. She would brook no begging. She knew her audience.

Jewel said, “I’m going to be criticized by everyone for this little book of poetry. I know that. Partly because you got me such a large advance for this book proposal – for poetry!  But mostly they think that because I’m just a young girl singer what could I possibly know.”

Jewel had received the highest advance paid to a singer-songwriter for her proposed book that anyone had gotten up until that day.

She was right and those poems became part of her book.

I sold that book.  It was on the bestseller lists for months and months.

She was so unbelievably talented and wise beyond her years. It was a two book deal with the first book being a book of poetry A Night Without Armor. It flew in the face of all known rules of publishing for rock/folk singers but Jewel was in the power seat at the time and could dictate her wishes and she wanted the poetry book published first. So it was.

A Night Without Armor – a New York Times bestseller, twenty-nine printings and was the best selling poetry book of the time. The audiobook version received the 1999 Audie Award from the Audio Publishers Association. The following year her second book, Chasing Down the Dawn was published; her story of growing up in Alaska and her life in music.

A few months later after the poetry book was published and she was promoting it, I walked with her down to MTV to be interviewed. She had hair and makeup while I was hanging out in the green room. Jewel comes out and we walked to the edge of the stage – standing in the wings out of the camera’s view. The host was introducing her and talking about her amazing talent. Behind us, the two makeup/hair people snuck in.

As we stood there, waiting for Jewel to go on, those two started making the nastiest comments about Jewel-look at those thighs, and those teeth, and on and on – it was horrible. I didn’t know what to do – should I turn around and admonish them; should I say something to Jewel to make it “okay”?  I didn’t do anything. I was in shock.

They spoke loudly enough that they knew she’d heard them. She did not acknowledge their presence. She showed no sign that what they’d said, vicious and mean comments, bothered her. She went on stage and was interviewed and then sang.

Jewel – an amazing display of power and composure.

I stood there, watching her sing, so impressed and proud of her.

While she was singing, a tall, slender young man came up and stood very close to me, “Are you Jewel’s agent? Sandra Martin?”

“I’m Sean Lennon and I want to write a book about my Dad being murdered. I think it was a government job. I know you represent Jim Marrs, too-maybe he can look into it?”

Jewel had finished her song, big applause and comes off stage. She looks up and of course, she like me does not recognize Sean, so I introduce them and we have a little chat. I give him my card and tell him I’ll speak with Jim Marrs.

I never heard from him.

A young guy had written a parody of Jewel’s poetry book. A Night Without Armor II: The Revenge Poems. He’d been invited to be on SNL too. Remembering how horrible those staffers had been at MTV this time I was ready to fight for her, if need be. They way they had tried to under mind her confidence right before she went on was deeply unsetting to me and I couldn’t stop thinking about it. So I was prepared to support Jewel.

We got up to the 18th floor to the SNL Studio at Rockefeller Plaza and entered a big room full of people, being wined and dined by the SNL staff. Lots of laughing, nervous laughter and not a soul that I knew.

But Jewel knew someone. I saw the look of recognition. She’d spotted the young guy who’d written the parody and headed straight for him. Goodness, I was a little shocked and followed her a bit, but held back since she seemed on a mission. She walked right up to him and when he turned and saw her, his face in complete shock, too, sputtering. Surely he was wondering what the heck she was going to do.

She grabbed his hand, pulling him towards her as she shook it:  “Thanks for writing that parody of my book. That’s how know you’ve made it when someone can write and sell a parody of another book – and your book only sold more books for me – so thank you.”

She turned and walked away. He didn’t say a word, his mouth hanging open, nor did the people gathered around him.

She walked towards me, smiling and gave me a wink.

She was a powerful and strong young woman.

Her debut poetry collection in 1998, A Night Without Armor, quickly became a mainstay of The New York Times bestseller list, and is the best-selling poetry book of that time. The audiobook version received the 1999 Audie Award from the Audio Publishers Association. The following year saw the publication of her second book, the intimate journal Chasing Down The Dawn, a revealing chronicle of an artist’s life on the road.

Her latest book, — documents the untold story. The one none of us knew.

Lesson: Listen to your daughters!

« Dreams and the Gentleman’s Club
What if? »