On a cold winter’s day at 52nd and Broadway, my assistant buzzes me to say: The astrologer Sydney Omarr is on the phone. Sydney wanted to talk about a new book he was interested in writing. But first, over the phone he asked for my birth date/time/place and, calculating planetary alignments in his head, started to reel off my astrology chart. He obviously found it satisfactory since he then asked me to represent him for a new book.

I sold that manuscript for him, Answer in the Sky…Almost: Confessions of an Astrologer which was published in 1995. 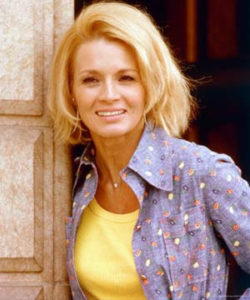 He’d been diagnosed with multiple sclerosis in 1971 but never let it get him down. He had lots of assistants and followers eager to help him. As he said, he was a full blown Leo, and loved to be surrounded by ladies and adoring fans. He was always in a great mood, full of good cheer and spoke in astrological terms as a second language. He loved astrology and believed the astrological mystical and mysterious science of planetary trines, squares and sextiles were gifts that enhanced our lives. Especially when understood properly, enhanced us, gave us warnings, blessings and magic.

When we first spoke he’d already written many books based on astrology and had sold 50 million books-which is mind-boggling. He had an astrology column that appeared in over 200 daily newspapers.

He loved entertaining and whenever I was in LA he insisted I come to his home to have dinner. It was always exciting, surprising and the food delicious. I never knew who I’d meet at his dinner table. Or who would be cooking dinner for me. One night it was Angie Dickinson.

Yes, that Angie Dickinson, the actress. A beautiful Libra, she’d recently starred in Wild Palms a miniseries. Most knew her from the TV series, Police Woman and her torrid love life – Frank Sinatra, John Kennedy, and more. She was a sexy lady. And she was a great cook. She made the ten of us a Thai dinner that was worthy of a four star restaurant.

She sat right next to me all evening and proceeded to quiz me about my life, where I came from, how I got to Manhattan, and she was especially interested in my love life-all the while Sydney is throwing out astrological configurations about my current life experiences. It was a little over-whelming and confusing, but fascinating. She told me if I was in love with a Libra I needed to lose weight, be more accommodating, not so Scorpio and be more feminine! Goodness. That was quite the evening. Of course, all she said was true which didn’t mean that I did it, but I appreciated her honesty. She was clear about “men don’t like this” and “men don’t like that” and especially “men don’t like women who are so outspoken!” She said this directly after Sydney told our dinner companions, “If you don’t want to know the truth, don’t ask Sandra, because she’ll tell you!”

She and Sydney had been friends for many years and she told me he was her “guiding star” – the one who helped her to make decisions about her work and her love life.

Sydney died at 76 in 2003 from a heart attack. Angie is still going strong.