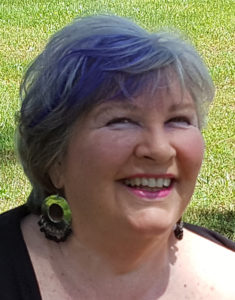 Sandra Martin’s career as a literary agent and executive producer for television has been devoted to bringing inspiring, boundary breaking books and television documentaries in the fields of spirituality, self-help and consciousness to the mainstream public.

In 1986 Ms. Martin created Paraview, Inc. Paraview holds a unique position in the media industry for being among the first to successfully develop literary properties for the worldwide audience of “Cultural Creatives”-a 50 million+ audience interested in consciousness, deep spirituality, healing and the paranormal.

In 2002, she accepted the position of Senior Vice President of Content for Wisdom Television. At Wisdom she was responsible for developing and producing programming for the new linear cable channel. Programming at Wisdom included; Wisdom at Work, A Wisdom Holiday: The Gift of Song, Is It Really Me? Loretta La Roche-Life is Not a Stress Rehearsal. At Sirius Radio in New York City, a critical and profound discussion on the spiritual aspects of life after the World Trade Center attack was filmed. It was titled, 9.11.02: From the Ground Up, Hosted by Caroline Myss and Jim Garrison.

She has served on the boards of astronaut Edgar Mitchell’s Friends for the Institute of Noetic Sciences in New York City, The Rhine Research Center in Durham, NC, Harvard University’s Center for Psychology and Social Change and NurturArt of New York City.

One of your former clients…Inquiring as to your well-being and hoping you are still vertical…Contact me if you can..